On this far-flung family vacation, my parents & I were
informed by hotel staff that the best way to get around

was on motorbikes, something that I had never driven.
However, my Mom and Dad relinquished their normally

overprotective ways, soon departed on their new modes
of transportation and left me on my own. I proceeded to

drive my motorbike directly into the nearest wall. I was
knocked down & dazed but unhurt. Now fully aware that

the throttle could throttle me. I was far more cautious on
my next attempt. Before I knew it, I was out & about on a

busy Bermuda thoroughfare. At a stop sign, the road forked
& I pondered which way to go. I began to see myself not as

right and hunched down for one last heroic flight for freedom.
I was so caught up in this daydream that if I had seen wooden

fences wrapped in barbed wire, I would have zoomed off and
tried to jump over them. But no such fences were in sight, so I

headed east and raced off at daring speeds that often neared 23
miles an hour. At no moment in my life (before or since) have

I ever felt such absolute liberation. I accelerated, leaned into the
next curve and continued on my great, but brief, escape.
Posted by Don Kingfisher Campbell at 11:42 AM

The winner of the 2011 Winner-Take-All Summer Poetry Contest is... 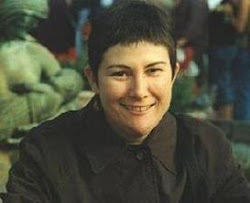 PREMISE: Submit a poem of any length on anything summerish with an electronic payment of $5.00 via http://paypal.com/ to kingfisher1031@charter.net (paste poem into the message box or send in the body of a separate email) by 6-4-11. If your poem is chosen the winner you get 100% of the contest money submitted.

EVERYONE WHO ENTERS OR MAKES A COMMENT ON EVERY ENTRY will get a copy of the chapbook that will be created featuring all of the poems entered in the contest. Paid submissions will be posted on this website and the winner announced (and chapbooks given away) at the Santa Catalina Branch of the Pasadena Public Library on 999 E. Washington Blvd. at 3pm PST on 6-11-11. The winner will also be announced on this website at 11pm PST on 6-11-11.

ALTERNATE PAYMENT METHOD: If you have trouble using PayPal, email kingfisher1031@charter.net for a mailing address to send in payment by either check or money order for your emailed entry.

VOTING: Positive comments on each poem will be a 100% factor in choosing the winning poem. So submit your poem as early as possible and tell your friends to comment...limit one comment per person per poem. Deadline to make a comment is 11am PST on 6/11/11. Oh, and you'll need to sign up with Google in order to be able to make comments, but that's totally free and it also enables you to create your own Blogger websites (which this is), utterly free as well.